I learned some hard lessons this Christmas break - or rather I re-learned lessons I already knew yet cannot seem to commit to memory. Life is funny that way. This Christmas I remembered that everything and everyone changes eventually. As people we evolve and adapt to the circumstances of our lives. I found myself thinking back to younger days - not exactly wishing I was still 13, but wishing life was still as simple as it was at 13...or 18...or 21 for that matter.
But then I went cross-country skiing with some old friends and Allison said something that really made me think. We were discussing the people we used to be and how we have changed over time. She said something along the lines of, isn't it cool that we can change and grow and have all these new, fun adventures that we never could have imagined for ourselves five, ten or fifteen years ago?
Yeah, it is pretty cool. In fact, I kind of love it.
Last night I went to dinner with my kindergarten-best-friends-turned-sisters. We talked about the next time we will all be in the same place...which is potentially not until 2013 since my friend Ilse leaves for the Peace Corps in four weeks. Normally discussing things like this makes me reminisce about when we used to all live within four blocks of each other. But not this time. Instead we talked about where our lives will be in three years. Usually a terrifying thought, but this time I felt excited - I could see a life for myself beyond just the next six months. (And p.s. - it might involve Chicago but we'll see...)
This life still might not include all of my friends and family on the same block, but you know what? I think it's going to be fabulous just the same. And those people will never be more than a plane ride away.
Here are some pictures of my very Minnesota christmas - which involved snow angels, cross country skiing, so many coffee dates, brunch, Santa, presents, shopping, my adorable brown winter boots which I wore everyday I was home, delicious beers, my huge-ridiculous-hilarious-oh-so-lovable family and friends who make me feel like a very lucky girl. 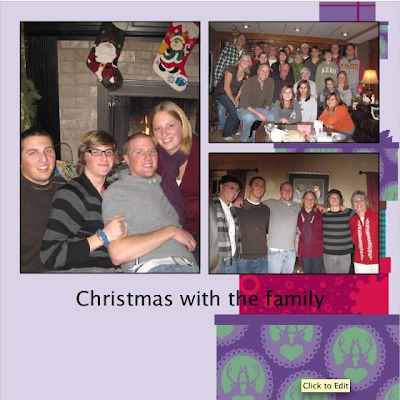 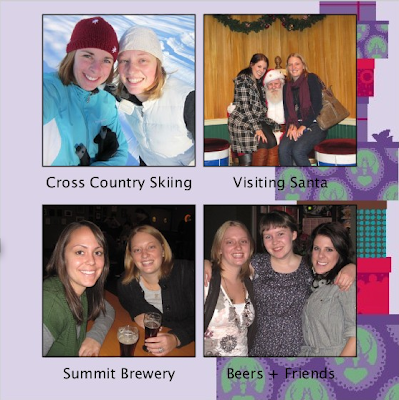 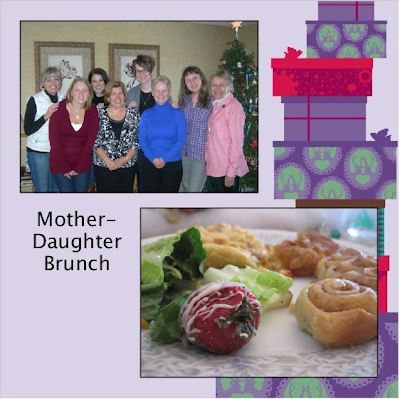 A million thanks to everyone in Minnesota who made this a wonderful Christmas. Love you all more and more everyday :)

Email ThisBlogThis!Share to TwitterShare to FacebookShare to Pinterest
Labels: Christmas