Salta the Beautiful (and Salinas Grandes!)

From Mendoza it was back on the bus again with Via TAC (a division of the Via Bariloche bus company that I would not recommend to anyone, ever) for 19 hours to Salta. Salta is located in the northwest corner of Argentina, and is nicknamed Salta la Linda, or Salta the Beautiful, because of the stunning scenery that characterizes this part of the country. This is also the part of the country that is least touristy and still mainly indigenous. While the draws of certain natural wonders, such as salt flats and the many canyons, are starting to attract visitors, this part of Argentina had a much more relaxed vibe than the cities of Mendoza and Buenos Aires.

We arrived to Salta at 8 AM, not so fresh off the overnight bus from Mendoza, and immediately dumped our stuff at Hostel 7 Duendes and did a short hike to the top of Cerro Bernando. This allowed us to stretch our legs and see the city from above! Afterwards we enjoyed much needed showers and a pick-me-up coffee in Salta's tree-lined central plaza. 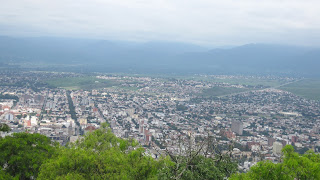 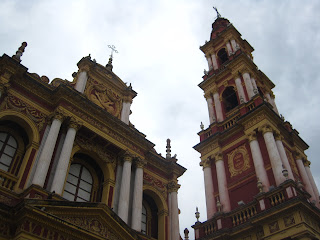 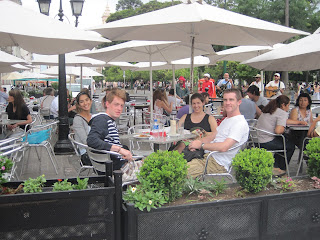 New Time Cafe on the plaza 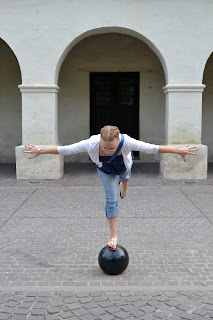 Balance poses in the plaza? Okay.

The following day we took advantage of a unique opportunity to visit Salinas Grandes, or salt flats, about three hours from Salta. We paid $250 ARS each (about $60 USD) for a tour with La Posada, had an awesome guide named Pamela, and I cannot recommend them enough as a tour company. (In fact Kelsi ended up on another tour with them later in the trip...but that story is yet to come!) The tour included a stop in the town of Purmamarca to see the Hill of Seven Colors on the way. 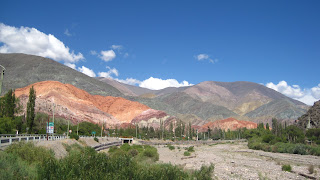 Hill of Seven Colors outside of Purmamarca 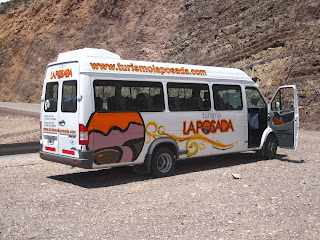 After about three hours of bus travel we finally arrived. The Salinas Grandes salt flats are the largest ones in Argentina and cover an area of 3,200 square miles! Naturally we arrived and found our own little section for some excellent jump shots and perspective poses! 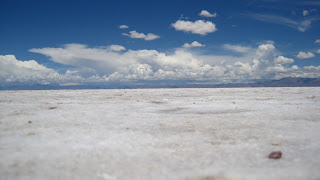 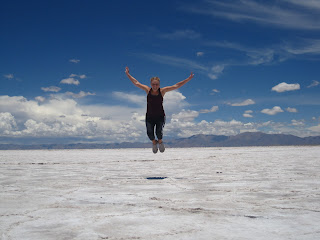 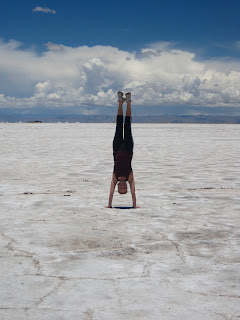 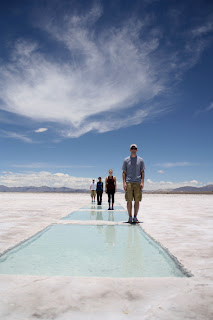 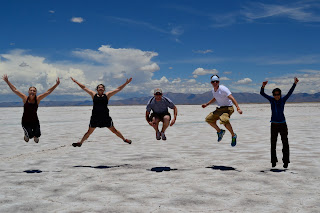 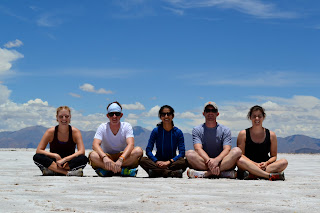 Afterwards our eclectic group of travelers packed up and headed back to Purmamarca for lunch and some wandering around this small town before ending up back in Salta around 7:00 PM with some fantastic photos! 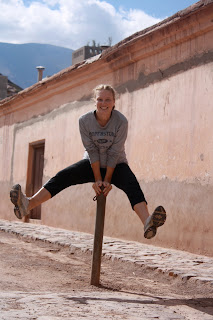 Killing some time in Purmamarca before heading back to Salta on the bus.

The next day we were off to discover the wonders of Cafayate, a town just starting to get placed on the tourist trail of Argentina...