Medellin is not a movie. It's a life.

Last time I went to Medellin my time focused primarily on the touristy things to do in the city, such as the Botero museum, Botero Plaza, riding the MetroCable and walking around the center of the city.

This time, Medellin was more of a stop over on the way to and from Rio Claro, so we did things a little differently. We stayed in the Poblado neighborhood, which is in the south of the city and definitely in the wealthier part of Medellin. Located about a 15 minute walk from the restaurant and bar center of the neighborhood, our hostel, Black Sheep, was an excellent choice for the weekend. Comfy beds, super clean, friendly and full of very relaxed travelers, it was definitely a good choice for our post-jungle sleeping!

When not enjoying our lovely hostel and early morning re-runs of Friends and The Big Bang Theory, we spent time strolling around Medellin. Here are some of the highlights:

Tres Cordilleras Brewery Tour
Ever since I first tasted the beers of Tree Cordilleras in Medellin last year, I knew they would be my favorites of Colombia. Primarily dominated by larger brewing companies that make up 99% of the beer consumption, Colombia is a country without a strong beer culture. The people here for the most part drink the same dull tasting pale ales (think of the beer you drank in college...that's what it's like). Therefore the idea of a local microbrewery is pretty unique so I was psyched to check out the actual place!

However, the words brewery tour are really used loosely here, because what I thought was a time & date change to the weekly brewery tour as a result of Holy Week was actually a time & date change for the Copa del Rey. An annual soccer match between the two best teams in Spain, this year's game featured Barcelona versus Real Madrid. These are definitely the two most popular teams (outside of South America) for people in Colombia to watch, so by the time the game came on we were sitting in a full house! Watching the game turned out to be super fun and we still got our souvenir glasses as well as five beers for the $15,000 COP ($8 USD) entry fee, so overall - WIN. I may or may not stolen us an additional two glasses in typical I-am-my-grandmother's-granddaughter fashion, but I ended up breaking one (oops). But at least now we have an extra! 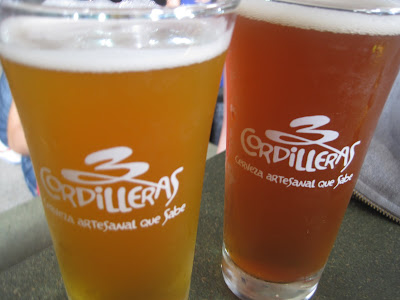 My two favorite Tres Cordilleras flavors - Blanca (left) is an American wheat ale while Mulata (right) is an amber ale. Not pictured is the Mestiza - a typical American pale ale. 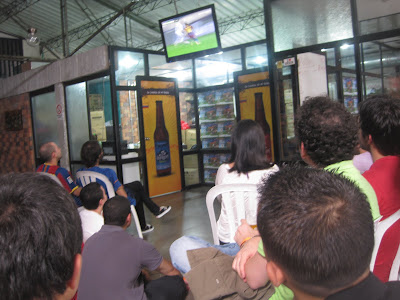 We figured out the brewery tour wasn't going to happen right around the time we saw people using markers to write bets on the office windows of Tres Cordilleras... 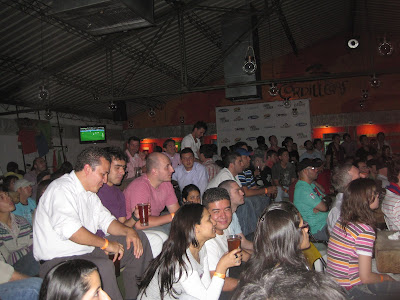 Enthralled by the game!

Pablo Escobar's Grave
After reading Killing Pablo by Mark Bowden and learning a lot more about the life of Pablo Escobar in Colombia, Kelsi and I both wanted to checkout his grave site located in Itagui, a small suburb of Medellin. We took the metro to Itagui, hopped in a cab and had him point us in the right direction. Since we were on Holy Thursday, the cemetery was pretty busy. I felt a bit weird being there since Pablo Escobar and his legacy is still a pretty controversial topic in Colombia. However, I did manage to snap these photos. We pretty much just went to the cemetery, looked around and left, but I am glad we went. He is a fascinating part of Colombian history and in a way it kind of gave me a nice sense of closure to reading the book... 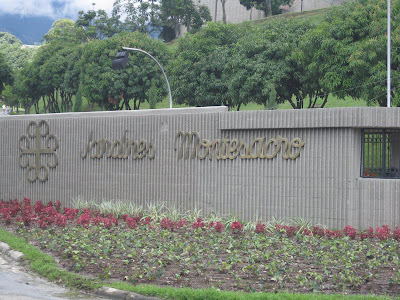 The entrance to the cemetery built on a hill overlooking Medellin. In the end Pablo's "wish" came true as he is often quoted for saying, "Better a grave in Colombia than a jail in the United States." 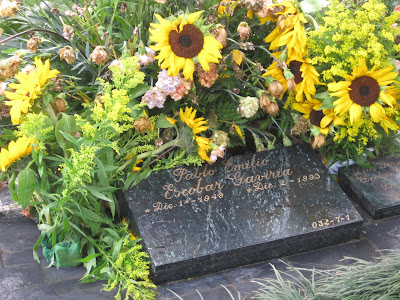 Pablo's grave. A small emblem in the lower left-hand corner says "Don Pablo" as he was known by friends and associates.

Coffee, Coffee, Coffee!
Located in the Eje Cafetero, or Coffee Axel, of Colombia, Medellin is a city filled with Juan Valdez locations and also some cute cafes, which are a rarity for whatever reason. 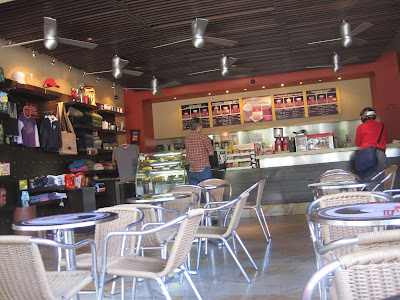 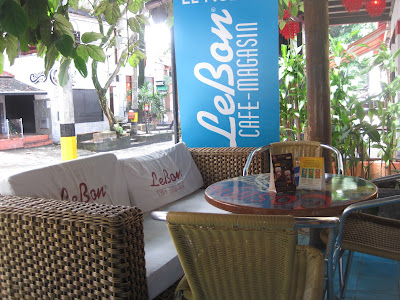 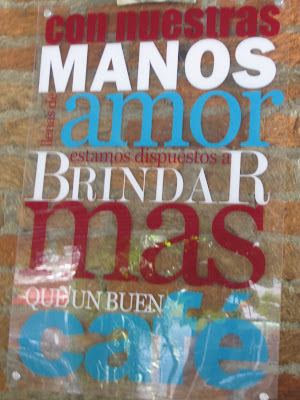 Great sign in the cafe! I wanted to take this home with us :)
"With our hands full of love, we are free to toast more than just a good coffee."

Shopping
Home to many malls and a busy center of town, Medellin is a great place for shopping. I found a super cute jacket/blazer thing in olive green than I basically didn't take off for the remainder of the trip...yet oddly have no photos of. Oops. Anway... so ends our Medellin trip. Hooray for week-long break from school! 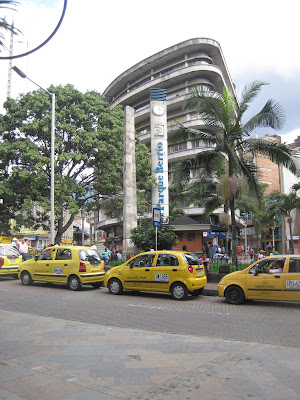 Around the Plaza Botero and the Parque Berrio metro station. 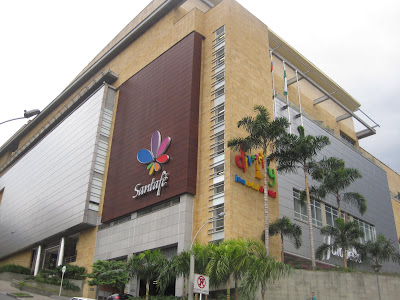 Santa Fe Mall - super modern looking both inside and out - also home to delightful stores like Zara, Stravidarius and Bershka :) LOVE!

Disclaimer: Yes, the title of this post is absolutely taken from an Entourage episode. ;)

Email ThisBlogThis!Share to TwitterShare to FacebookShare to Pinterest
Labels: Medellin