After finding the PERFECT orange tube dresses (only in Colombia...) the pumpkin idea came to life and all we needed was to pull it together. Pull it together we did with the purchase of fabric, leggings, headbands and a Friday night sewing session that lasted 5+ hours and included a bottle of wine. End result? The cutest two pumpkins you've ever seen :) 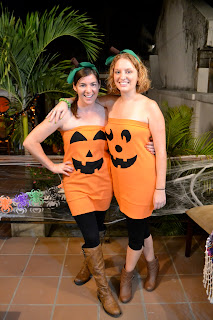 You'd pick us first out of the patch. 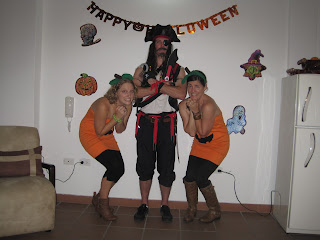 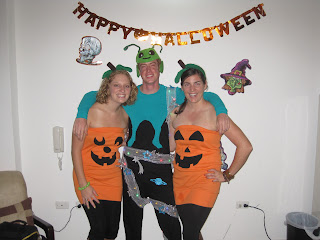 But aliens who light up? We're cool with them. 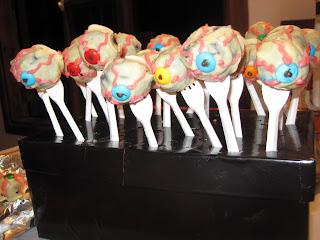 Halloween treats in the form of eyeballs! 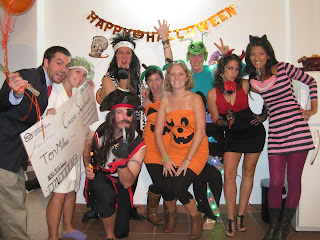 Group photo before the party really got going. 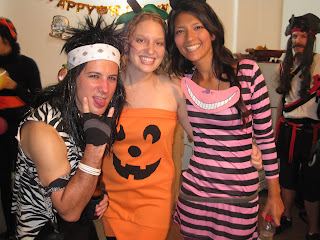 One rocker, one pumpkin and one Cheshire cat - we get along. 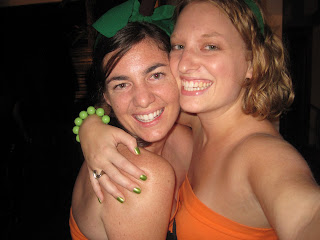 Since the Colombian mayoral races are taking place this weekend, thus resulting in a weekend of Ley Seca AKA no alcohol sold from Saturday to Sunday and a discouragement to gather in large groups, we held our annual Halloween party a weekend early. The past two years our friend Tara held the party on her rooftop, but now she is teaching in Indonesia, so we headed for a different rooftop in Cali at Amanda, Jeff & Courtney's apartment complex. With their awesome rooftop, Stetson's party planning skills and Kelsi and I decorating, the whole party was a total success!

Halloween is definitely one of my favorite holidays, because when it comes down to it, who doesn't love the idea of dressing up to be something or someone else if only for a night?? AND stay tuned for how the pumpkin theme has stayed with us throughout October...

Email ThisBlogThis!Share to TwitterShare to FacebookShare to Pinterest
Labels: Just for Fun

best line ever: "We're just not those types of pumpkins."