The Waiting Is the Hardest Part 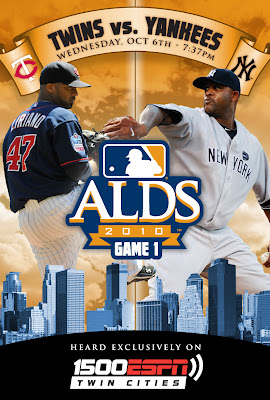 The waiting is the hardest part,
Everyday you see one more Yankee,
You take it on faith, you take it to the field,
The waiting is the hardest part.
While reading yesterday's postseason breakdown in the New York Times, one section particularly stuck out to me. Embedded with wisdom from these Tom Petty lyrics, the article mentions that, of the 13 metropolitan areas with teams in the NFL, NBA, NHL and MLB, Minneapolis - St. Paul has the longest active streak without a championship. The last time we won a championship? 1991 World Series. I WAS FOUR!

That being said, let's get it done tonight Twins. Go out there and show those stinking Yankees that baseball isn't just a game for over-paid and over-rated jerks from the Bronx. After all....we have this little tidbit on our sides:

Two of the last four World Series have been won by teams that opened a new ballpark that season. The 2006 St. Louis Cardinals clinched their championship that October at the new Busch Stadium, and the Yankees won the World Series in 2009 to cap their first season at the new Yankee Stadium.