I officially streamed my first American TV season premiere here in Colombia only one day after it showed in the States!! Hooray! Seeing as how over the last 4 years I have gotten hopelessly addicted to several shows, this is a great success in my life. Also, who doesn't need something relaxing to do at night after you finish grading your students' writing assignments on why anything to the zero power is one? ;) I certainly do.

Basically, what it comes down to is that I love TV on DVD. It is so incredibly addicting because you can watch the same show episode after episode without commercial interruption and without having to wait a week in between. As a result of watching TV on DVD over the years I am now addicted to the following shows (pathetic I know, but try and refrain from judging, thanks!): 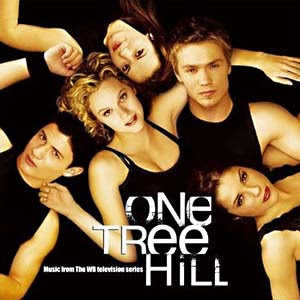 I realize this sounds exhausting, but just think if you were me and had to watch them all every week. Also, I know a number of people who watch each show and there is nothing better than being able to discuss your favorite characters under the pretense that they are actual people. :) Last night I watched the Gossip Girl season premiere and I am hoping I will be able to watch the rest of my shows when they premiere as well! Who knows how long I will continue to watch them, but I do think they are fun, entertaining shows!

Have a wonderful Wednesday!

I guess there could be worse addictions!:)!

Sooo glad to see there is another GG addict :) Love it so much! I've read all the books and own the DVDs... a little pathetic, huh?! HAHA

Ha I'm completely addicted to tv as well!! I watch all of these shows too, plus a couple extra ones that I find out...my dvr can't handle it all!

I love four of those shows- I'm glad you can watch them down there!